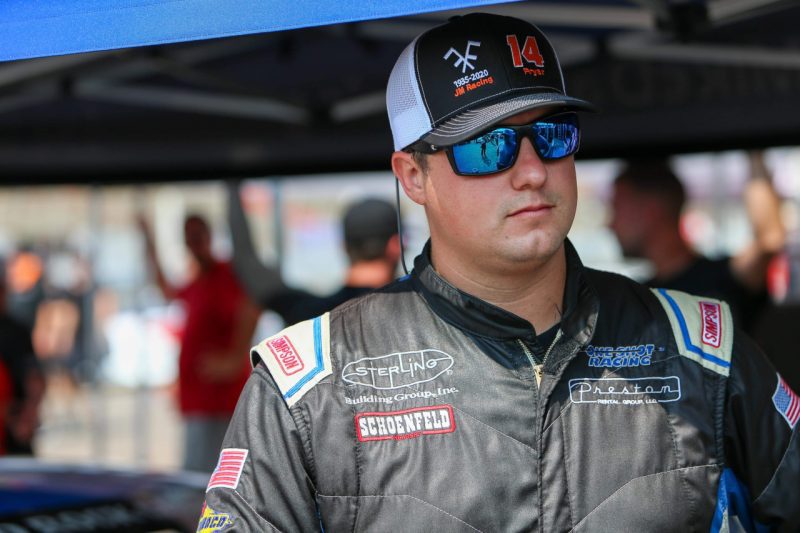 One of the most successful Late Model Stock competitors in the southeast over the past several years is now a member of MPM Marketing.

Jared Fryar, who is the only driver to win a championship in both the CARS Tour Late Model Stock and Super Late Model divisions, has formed a partnership with MPM Marketing as he embarks on a busy schedule between Brandon Gray Racing and Jimmy Mooring Racing with sponsorship from Carolina Family Pool & Patio and Sterling Building Group respectively.

Now 28 years old, Fryar wanted to gain more recognition outside of the region and is excited to begin his new relationship with MPM Marketing that he believes will help garner him more opportunities to compete around the country.

“This is pretty amazing,” Fryar said. “It’s a big step in my career being a part of a program like this for the first time. I’m excited to see what the future holds.”

Fryar is fresh off an ambitious 2021 season that not only included finishing third in the CARS Late Model Stock Car Tour point standings, but also saw him make an appearance in both the SMART Modified Tour and his NASCAR Whelen Modified Tour debut at Martinsville Speedway.

The 2022 season is going to be even busier for Fryar, who will run select races in Gray’s No. 84 Late Model Stock while simultaneously maintaining a commitment to compete with Jimmy Mooring in the Sterling Building Group sponsored No. 14 for approximately 12 events.

Fryar said that Gray played a substantial role in helping his deal with MPM Marketing come together. He expressed his gratitude for all the assistance Gray has provided and hopes to establish consistent success with the program this year.

“None of this could have happened without Brandon Gray Racing and Carolina Family Pool & Patio,” Fryar said. “We don’t really have a set schedule with Brandon’s car but we’re going to pick a few out over the next few months. I can’t thank him enough for making all of this happen.”

“We are excited to have Jared as a part of the MPM family,” McCallister said. “I have known him and his family for years and his resume speaks for itself. We have been talking for years about doing something and the timing just never lined up until now.”

McCallister added that her existing relationship with Gray that involves promoting his daughter Delaney’s burgeoning career was influential towards making MPM Marketing’s deal with Fryar a reality and is looking forward to watching the two thrive together in 2022.

For Fryar, he knows there will be little time to slow down with the season well underway, but he is proud to be a part of MPM Marketing and is eager to visit victory lane many times this year with Gray, Mooring, Carolina Family Pool & Patio and Sterling Building Group.

“I’m looking to keep growing and race more,” Fryar said. “If I can get my name out there, maybe I can grow my career.”

More information about Fryar’s partnerships with MPM Marketing, Brandon Gray Racing and Jimmy Mooring will be announced in the coming days.

For more information on the CARS Late Model Stock Tour and the CARS Pro Late Model Tour, visit www.carsracingtour.com. Be sure to stay active and social with the tour by liking “CARS Tour” on Facebook, following @CARSTour on Twitter and scrolling through photos on Instagram cars_tour.
Additional series information can be obtained by calling the CARS Tour series office, located in
Mooresville, NC, at 704.662.9212.