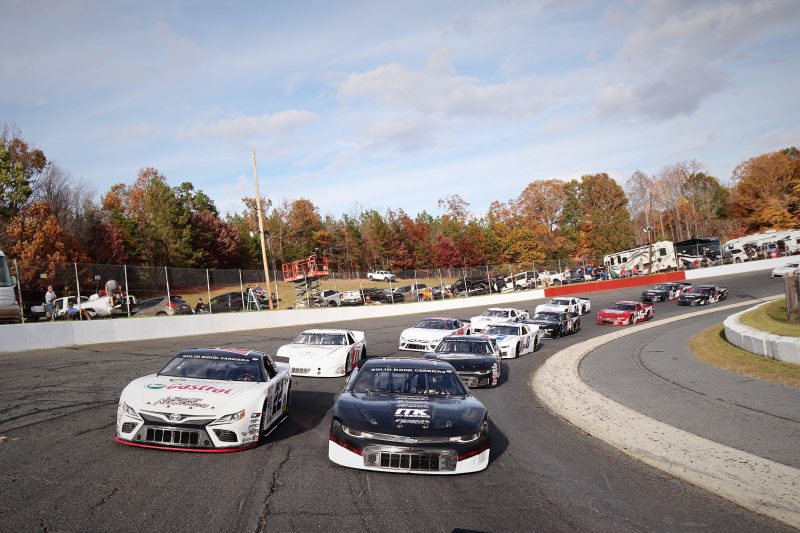 The largest schedule in the history of the Solid Rock Carriers CARS Tour was unveiled to competitors shortly before the start of the season-ending North-South Shootout.

A total of 19 race weekends comprises the 2023 season for the series. Of these events, a record 16 races will be contested for the CARS Late Model Stock Car Tour championship, while the Pro Late Model Tour will have 13 dates in their second season.

The 2023 schedule features the return of many tracks that were not a part of the CARS Tour calendar in 2022, starting with the season-opening race at Southern National Motorsports Park. The facility has not hosted the CARS Tour since 2020 and will welcome both divisions on March 11.

North Wilkesboro Speedway makes it grand return to the CARS Tour schedule following a successful debut in 2021 that featured NASCAR Hall-of-Famer Dale Earnhardt Jr. Instead of being run in August, the North Wilkesboro date is now part of NASCAR’s All-Star week at the facility and will see both CARS Tour divisions run their features on Wednesday.

All-Star week at North Wilkesboro will not be the only time the CARS Tour runs an event on a weeknight. Caraway Speedway is set to host a doubleheader for the LMSC and PLM Tour on Wednesday, June 28, with the track’s prestigious North-South Shootout once again serving as the season finale for the CARS Tour in November.

The other crown jewel races for the CARS Tour are also returning for 2023. The Throwback 276 will maintain its normal place at Hickory Motor Speedway’s second date, while the $30,000-to-win Old North State Nationals will move from Caraway to a different location that will be announced later.

Additional details about the 2023 CARS Tour schedule are forthcoming. Below is the full schedule for both CARS Tour divisions: