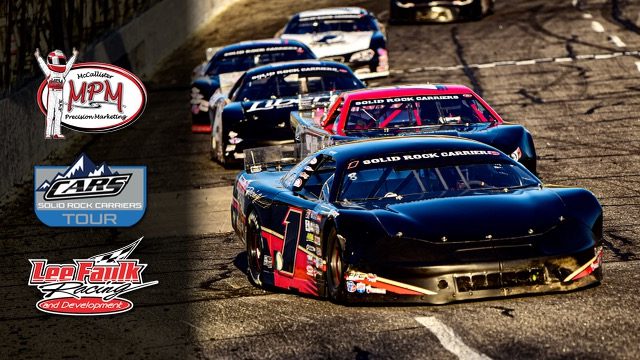 MPM Marketing is expanding its influence in the short track community for their Autism Awareness Month initiatives.

The amount of support MPM Marketing owner Tonya McCallister has already received for Autism Awareness Month has been overwhelming for her, adding that the partnership with the CARS Tour is only going to bolster her cause towards aiding those with autism.

“Every year, this gets bigger and bigger,” McCallister said. “The support and involvement are truly incredible. We’ve had partners, clients, family of clients and even teams outside of the MPM Marketing family wanting to help. I cannot thank everyone enough for all they are doing to assist us.”

Any CARS Tour driver is eligible to receive the $250 bonus at Greenville-Pickens if they run the puzzle piece-themed rocker panel decal designed by Fuz1on Graphics.

As part of the pre-race festivities on Saturday, former Greenville-Pickens Limited Late Model track champion Devon Morgan will be in attendance with his dirt Late Model that has the puzzle-themed number used by several MPM Marketing clients like himself.

Autism Awareness Month themed MPM t-shirts will also be sold, with revenue from the sales and 50/50 raffle going to Team Therapy as well.

Team Therapy owner Leslie McKenzie said that the purpose of her company is to provide services for children diagnosed with autism and other disabilities or delays. She added that the partnership with MPM Marketing has been extremely beneficial towards accomplishing that goal and has been thrilled with the actions by the short track community to promote the cause.

“Partnerships with community leaders like MPM reinforce that family-centered care is our top priority,” McKenzie said. “We are more than honored to be chosen as the recipient of these proceeds and are eager to use the contributions for therapy scholarships and other supplies which we may not otherwise be able to purchase. It is heartwarming to see the community contribute to our mission and we are thankful for MPM.”

The decision to team with MPM Marketing for a special event during Autism Awareness Month was an easy one for CARS Tour director of operations Keeley Dubensky, who has been trying to organize something with McCallister since the partnership between the two entities began last year.

Dubensky has been inspired by McCallister’s activism surrounding autism awareness and intends to maintain the CARS Tour’s relationship with MPM Marketing so that the short track community can draw more attention and contributions to similar causes.

“This means a lot to both myself and [series owner] Jack [McNelly],” Dubensky said. “We thought it would be a really neat idea to partner [with MPM] on this. This is a large platform we have with a large audience and anytime we can give back and raise awareness, we jump to it.”

Dubensky said the reason why the fourth-place driver in each CARS Tour division will be presented the $250 bonus comes down to the placement of Autism Awareness Month in April; the fourth month of the year.

McCallister considers herself fortunate that an event of this magnitude could even be possible in the short track community and credited Michael and Lee Faulk along with everyone else at Fuz1on Graphics for putting all the decals together despite having a limited amount of time at their disposal.

With the assistance of Fuz1on Graphics, the CARS Tour and so many others, McCallister is anticipating a very successful April for autism awareness and is eager to see how much money ends up getting raised this weekend alone.

“Keeley and Jack have been amazing to work with,” McCallister said. “Allowing us to use the CARS Tour platform to do something like this where I was born and raised is pretty special. None of the support we get goes unnoticed and it is very much appreciated. We are a tight group, and the racing community truly is a family.”

The on-track action for Saturday’s CARS Tour events at Greenville-Pickens will get underway at 7:30 p.m., where MPM Marketing clients like Jared Fryar and Kody King will fight for the win and a chance at the $250 fourth-place bonus.

Anyone interested in buying an MPM Marketing Autism Awareness Month-themed shirt can contact the CARS Tour or Tonya McCallister for more information.