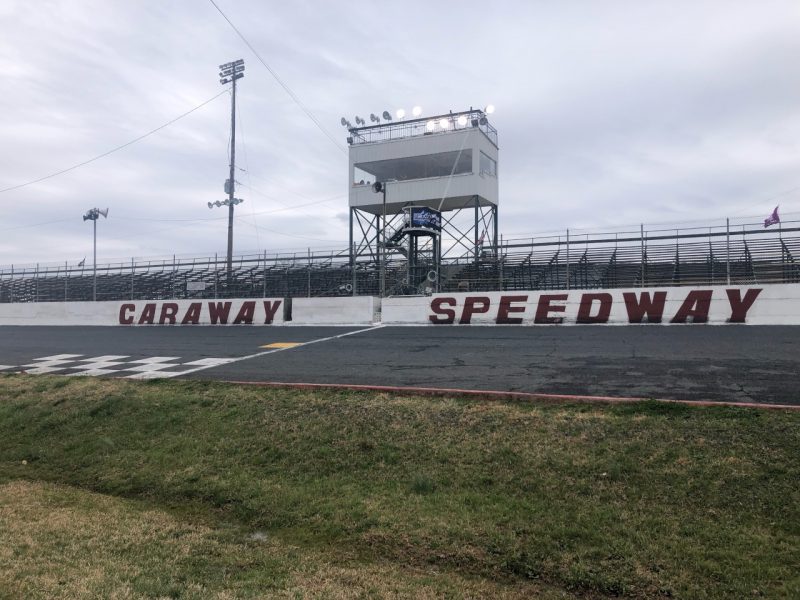 Rain showers that moved in on Friday evening and lasted until Saturday morning forced Caraway track crews to fight weepers that had developed in both sets of turns before cars were set to hit the track for practice.

Once it became apparent that more time was needed to tend to the weepers, CARS Tour owner Jack McNelly and Caraway track officials made the tough but necessary decision to move all on-track activity for the Old North State Nationals to Sunday.

“The track just wasn’t drying,” McNelly said. “We had a lot of rain and with older tracks that have cracks in them, surface water finds a way through them. Everything was against us and we decided to give it 24 hours and see what happens. In the interest of safety, this was the right thing to do.”

With the weather expected to improve from cold, cloudy and snowy conditions on Sunday, McNelly does not envision the weepers being a problem for competitors once cars are able to get on track.

The postponement does mean a more condensed schedule for Late Model Stock and Pro Late Model competitors when they return to Caraway.

Once the pit lane opens at 10:30 a.m., each division will get one short practice session to shake down their cars. The updated schedule also featuring a major revision regarding how the field will be set for the $30,000-to-win Late Model Stock feature.

Time trials will determine which drivers have a chance to win the CARS Late Model Stock Tour’s most prestigious event with heat races and the last chance qualifier being scrapped from the program. Only 28 drivers will qualify for the race on speed but McNelly said that more could start if there are enough tires available.

“I certainly hope tomorrow plays out much better,” McNelly said. “The wind was brutal [on Saturday] and we even saw snow flurries, but that’s March for you. Maybe this wind will help take care [of the weepers] before we get going on Sunday.”

The grandstands are still tentatively schedule to open up at noon, with the green flag for the Old North State Nationals set to fly at approximately 4:30 p.m..