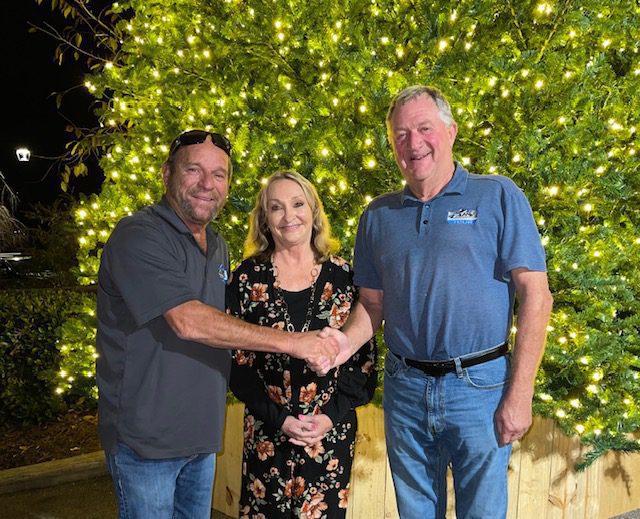 (Mooresville, NC 11/10/21) – As a new era for the CARS Tour Series begins, a familiar key
piece of their current success returns along with it. Solid Rock Carriers, which has shared a close and successful partnership with the CARS Tour, will maintain its active presence on race weekend after renewing their contract as the primary sponsor of the series for the next two years.

Kirk Ipock, who owns Solid Rock Carriers, said that the resilience of the CARS Tour through
obstacles like the COVID-19 pandemic and tire shortage has given him confidence that both
sides will continue to flourish as a result of their relationship. “I’ve seen potential in this series since I first became involved,” Ipock said. “That only grew stronger as the series overcame many challenges over the past two years.”

Solid Rock Carriers’ impact on the CARS Tour extends far beyond their role as a primary
sponsor. Outside of his commitment to the series, Ipock has supplied many Late Model Stock
programs with the funding they need to race on a given weekend. Among the drivers that have
carried a Solid Rock Carriers logo on their car include Mini Tyrrell and past champions in Bobby McCarty and Jared Fryar. Ipock plans to continue sponsoring teams, but he added that his overall vision involves helping every single organization involved with the CARS Tour to provide opportunity to chase trophies in the series.

From the series inception, it’s been our goal to create a loyalty bond with teams and we just
didn’t receive the same efforts from the Super Late Models,” McNelly said. “I’m very thankful
for each and every team that showed up to support us through the years but I’m excited for this
new adventure with the Pro Late Model division. In time, I believe we will be able to create a
Pro Late Model touring division just as strong as our Late Model Stock division.” McNelly added that having Ipock remain on board with the CARS Tour as a partner is allowing
the series to put together a rigid purse structure for the Pro Late Model division that he believes will attract a diverse group of competitors from around the southeast.

Observing the next generation of drivers battle and learn from short track veterans is something that Ipock believes gives the CARS Tour its own unique identity and is looking forward to seeing the series thrive for many more years as one of its proudest supporters.“I’ve enjoyed helping teams get to the track to compete for wins and championships, but I really
enjoy being a part of this series,” Ipock said. “Jack and his team have done an incredible job at
building this into what I believe is the best touring series this country has to offer.”

For additional information on the CARS Late Model Stock Tour and the CARS Super Late
Model Tour, visit www.carsracingtour.com. Be sure to stay active and social with the tour by
liking “CARS Tour” on Facebook, following @CARSTour on Twitter, and scrolling through
photos on Instagram cars_tour. Additional series information can be obtained by calling the
CARS Tour series office located in Mooresville, NC, at 704.662.9212.