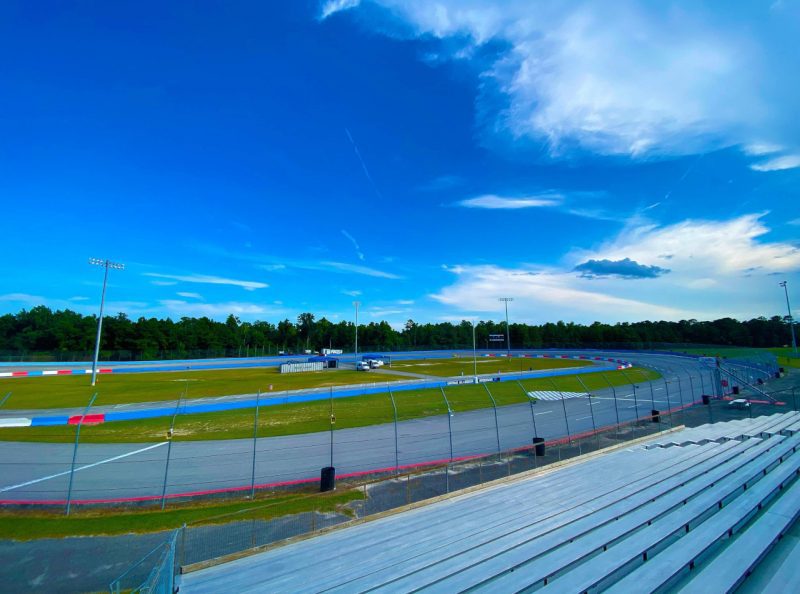 Since opening to the public in 1999, Goodyear All American Speedway has hosted races for several different divisions like the NASCAR Goody’s Dash Series and Slim Jim All Pro Series, along with the predecessor to the CARS Tour in the USAR Pro Cup Series on three different occasions.

Over 20 Late Model Stock competitors will look to add to the facility’s growing legacy under the management of Anthony and Tonya Goodyear. Everyone will be chasing Carson Kvapil, who currently holds a comfortable 18-point lead following finishes of first, second and third to open the year.

The last time CARS Tour owner Jack McNelly oversaw a race at Goodyear All American Speedway, only four cars took the green flag in what proved to be one of the final races for the USAR Pro Cup Series.

A lot has changed for McNelly since that race occurred in 2014 and he is confident that the combination of new ownership from the Goodyear family and the sustainability of the CARS Tour will enable the series to continue its strong start to the 2022 season on Saturday night.

“Anthony and Tonya [Goodyear] reached out to me almost immediately after taking over,” McNelly said. “They wanted us to come, and we sat down to figure out what would work for both parties and a deal got done very quickly.”

McNelly added that a four-car race at Goodyear was never going to show off the unique qualities of the facility.

Like many tracks in the region, Goodyear features an abrasive surface that will put a heavy emphasis on tire conservation. What separates Goodyear from the others is the facility’s distinctive layout that includes a tri-oval on the frontstretch.

McNelly expects drivers to be challenged in many ways when the green flag drops, which he believes will produce a race just like the CARS Tour’s most recent outing at Greenville-Pickens Speedway that saw an intense fight for the win between series veterans in Josh Berry and Layne Riggs.

“I think Saturday is going to be very competitive like all of our races have been,” McNelly said. “If people didn’t enjoy that race at Greenville-Pickens, then they need to take up another sport because auto racing is not for them.”

Andrew Grady entered 2022 optimistic that his first full-time season in the CARS Late Model Stock Car Tour would be filled with growth and success.

Reality has unfolded much differently than Grady anticipated. Despite getting a Top 10 at Hickory Motor Speedway, two poor showings at Caraway Speedway and Greenville-Pickens Speedway currently have him 14th in the point standings.

“It’s been a roller coaster,” Grady said. “You may be the king in your backyard, but when you go racing against the best in the country, your perception of things change. I was the king of my own backyard for years and I probably should have moved up quicker, but now I’m going through the growing pains.”

Fortunately for Grady, Goodyear All American Speedway is a track that he considers to be a part of his familiar backyard.

Having raced at Goodyear for many years, Grady said every trip to the track feels like navigating 12 turns. He added that the unique layout of the track that includes elevation changes and two radically different corners make Goodyear closely resemble a road course.

Grady is confident that his experience at Goodyear puts him at an advantage over some of the rookies and veterans of the CARS Tour, as he said the facility tends to be very unforgiving to those who underestimate the challenges that will be endured on race weekend.

“We have to roll the center,” Grady said. “That’s going to be the biggest thing. We also have to get to the throttle before anybody else can. Hopefully the kids of the CARS Tour watch a little film and go into this race with a level head.”

The one-time CARS Super Late Model Tour winner will be making his debut in the Late Model Stock division on Saturday evening driving a car that will be fielded in collaboration between Jency Markham and his Truck Series team On Point Motorsports.

“We had an off weekend from the Truck Series, so we figured we would come try our luck in the CARS Tour,” Fogleman said. “Whenever we have had free time from working on trucks, we have been putting this car together and we’re excited to get to the track on Friday to see how it is.”

Fogleman’s only other Late Model Stock appearance occurred at Goodyear last November as part of the Solid Rock Carriers Battle of the Stars.

Although it took Fogleman some time to figure out both the Late Model Stock and Goodyear’s unique layout, he kept Markham’s car out of trouble through all 150 laps and managed to bring home a solid lead lap finish of seventh.

With Saturday’s New River 125 only being 25 laps shorter than the Battle of the Stars, Fogleman is not expecting many differences between the two events and is confident the experience obtained from November will help him deliver a strong performance for Markham and On Point.

“I can’t thank Jency, Jack and the whole Markham family enough for giving me the opportunity to drive a car for them,” Fogleman said. “I enjoy racing anything I can and I’m especially looking forward to getting back to a short track and learning more behind the wheel of a Late Model Stock.”

The on-track action for the New River 125 at Goodyear All-American Speedway begins on 7 p.m. with weekly divisions that include Bandoleros, Champ Karts, Bombers and Legends. The 125-lap CARS Late Model Stock Car Tour feature will wrap up the evening’s festivities.