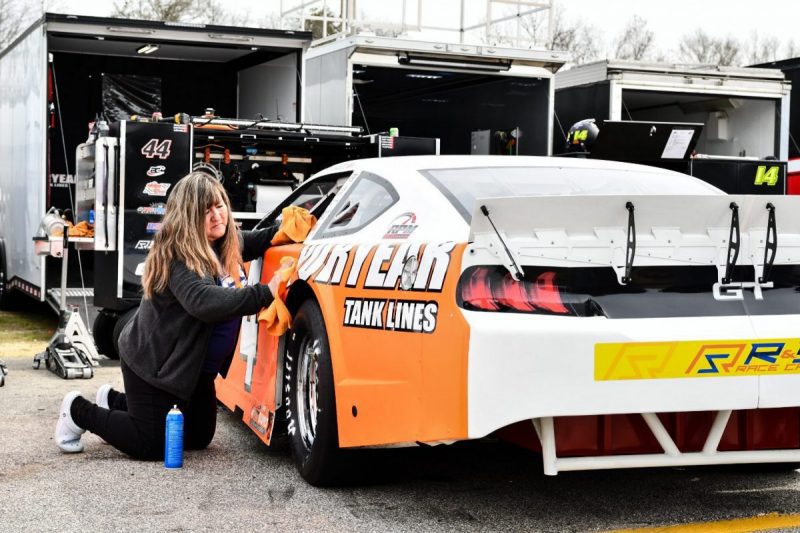 A new partnership was born at Wake County Speedway between the CARS Tour
and Puryear Tank Lines earlier this year. A smooth and consistent CARS Tour operation sparked the interest of
many partners this season, including one in particular. Puryear Tank Lines Owner and Operator, Donnie
Puryear, explained he has been interested in getting involved with the CARS Tour for quite some time now and
is excited to officially begin this partnership in 2022.

Puryear earlier stated “I’ve greatly enjoyed sponsoring many of the current CARS Tour drivers and that gave
me a push to do more. Thankfully Jack and Kirk (Solid Rock Carriers Owner) opened their arms to our
company and welcomed us at Wake County, which was only the beginning.”

Being involved in short track racing for many years, Puryear Tank Lines has proudly supported drivers
including Deac McCaskill, Justin Johnson, and Layne Riggs, who all compete regularly with the CARS Late
Model Stock Car Tour. Puryear Tank Lines believes that sponsoring these five events and raising the purse will
benefit all teams, allowing him to help everyone, rather than just a few. Puryear will continue to sponsor
individual drivers/teams throughout the 2022 season, in addition to his partnership with CARS Tour.

In addition to becoming the Title Sponsor of the “Old North State Nationals” $30,000 to win Late Model Stock
race at Caraway, Puryear also desired to raise the purse for the remaining four events he will sponsor. Each of
these four events will increase to $10,000 to win, while second place will receive $4,500, and third will receive
$3,000 for the Late Model Stocks with a grand purse totaling $51,650 assuming a full twenty-eight (28) car
field.

“I truly believe this will bring out more cars and make for an even better show for the fans with ten thousand
dollars on the line”, said Donnie Puryear.

Jack McNelly and the CARS Tour team are excited for the opportunity to work with Puryear next season. “I’m
thrilled that Mr. Puryear was interested in coming on board, so we made sure to find the perfect way to do so.
These events will create a very exciting and intense season with larger purses”, stated McNelly.

For additional information on the CARS Late Model Stock Tour and the CARS Super Late
Model Tour, visit www.carsracingtour.com. Be sure to stay active and social with the tour by
liking “CARS Tour” on Facebook, following @CARSTour on Twitter, and scrolling through photos on
Instagram cars_tour. Additional series information can be obtained by calling the
CARS Tour series office located in Mooresville, NC, at 704.662.9212.