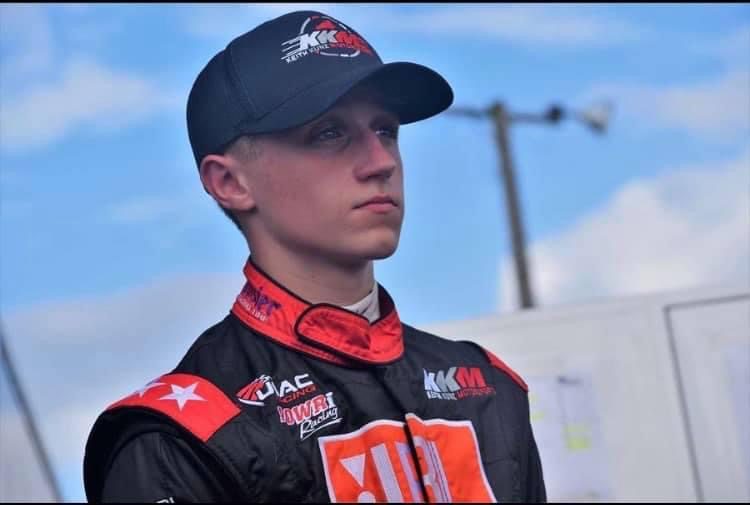 The 16-year-old Ashland, Ohio native is no stranger to Victory Lane, despite his youth. He has 286 career wins in USAC Quarter Midgets, Outlaw Karts, dirt Sprint Cars, USAC Midgets and asphalt Late Models. Shafer has raced for legendary teams such as Keith Kunz Motorsports and Nelson Motorsports.

Shafer has 22 starts in the CARS Tour over the past two seasons with five top-five, 10 top-10 finishes and one pole.

“I am very excited to drive the R&S house car for Marcus Richmond and Steve Stallings and having Marcus as my crew chief,” Shafer said. “I have a few years of experience under my belt in the CARS Tour and I have learned and progressed through great coaching. I’m grateful to all the people who helped me along the way and made a big impact on my racing skills and knowledge. That also includes great sponsors like Solid Rock Carriers, Osgar’s Autobody and Harrison’s Workwear.

“I’m ready for the 2022 season to start so we can win some races and compete for the CARS Tour championship.”

“We are looking forward to having Jonathan Shafer drive the No. 91 Toyota Camry for R&S Race Cars next year,” Richmond said. “I will be the crew chief and we will run all the CARS Tour races and the three Virginia Triple Crown races. I’m really happy to sign Jonathan to our program. Our team is one big family, and we welcome the Shafers into our family. I think it will be a good relationship and we will build off the success we had last year, along with the success Jonathan had at the end of this year so we can contend for wins and the championship.

“I’m looking forward to having a young driver next year to take under my wing and teach him,” Richmond continued. “I’ve got a lot of experience with young drivers in several different series, and I think Jonathan is going to be a very talented driver who will contend for wins every week.”

“I’m excited about this announcement that Jonathan Shafer will be driving for us next year,” said co-owner, Steve Stallings. “We feel like he’s come a long way since his rookie year in 2020 and was really impressive last year. We feel like he can come out of the gate contending for wins with R&S. He comes from a great family with a lot of support behind him. We’re all looking forward to the season getting started.”

The CARS Tour will kick off on March 12-13 at Caraway Speedway in Sophia, N.C.