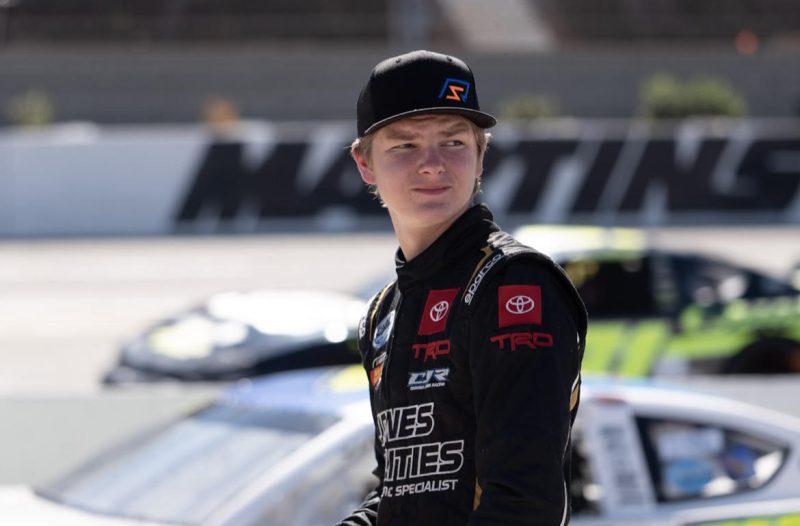 CLUSTER SPRINGS, Va. – (Oct. 13, 2022) R&S Race Cars announced today that 16-year-old Toyota Racing Development driver Conner Jones will compete full-time in the No. 44 Jones Utilities Construction Toyota Camry for the team throughout the 2023 racing season. The Fredericksburg, Va., native will have a diverse schedule, including the CARS Tour, the Virginia Triple Crown and a mixture of local Late Model races throughout Virginia, North Carolina and South Carolina. In addition to his busy Late Model schedule, Jones will also run select Super Late Model events with R&S Race Cars in 2023.

Jones is running a limited schedule for R&S Race Cars this year with eight CARS Tour events to date, including his first win at Tri-County Motor Speedway in Hudson, N.C., in September. He also competed in four races in the ARCA Menards Series with Venturini Motorsports resulting in one top-five and two top-10 finishes, as well as in three races in the ARCA Menards East Series in 2022 with top-five finishes in two races. He has six more events slated with R&S Race Cars to finish the year.

“I am very excited to be coming back as part of the R&S team next season,” Jones said. “I think Luke (Covington, crew chief) and I got a solid start in our first season together this year, so it’s great I get to keep working with him as my crew chief in 2023.

“My expectations for next season are to continue to grow with the team and learn something from each race. I’m going to work hard to finish in the top five every week and get to Victory Lane again with Luke and the crew that R&S has put together for me. I feel like we can attain that goal very easily.”

“Working with Conner this year has been great,” said team co-owner Marcus Richmond. “We’ve watched him progress with every race, so I know he has so much potential for the races we have left with him this year and looking to 2023. He picked up his first win with us last month at Tri-County and I expect that to be the first of many. Conner has a very bright future in racing ahead of him.”