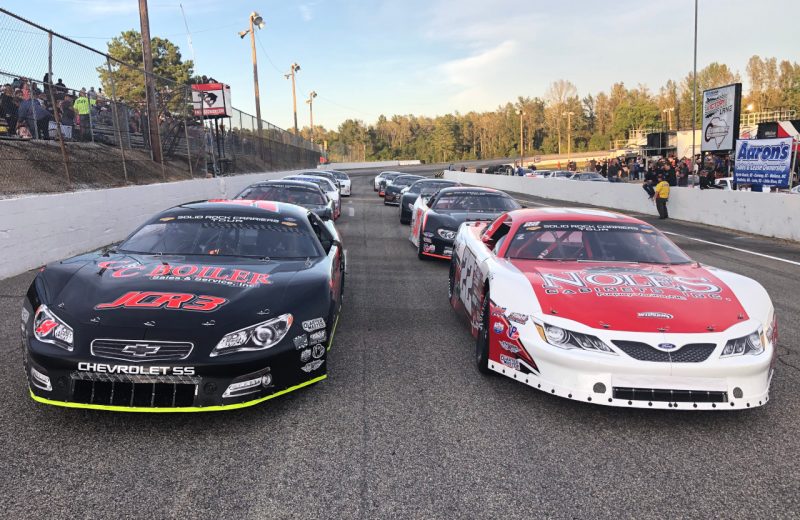 A long-standing partnership between the Solid Rock Carriers CARS Tour and Southern Super Series will continue during the upcoming Keen Parts 200 at Tri-County Motor Speedway on June 25.

The event will see two separate 100-lap races for the CARS Pro Late Model Tour and the Southern Super Series, the latter of which will feature plenty of familiar names such as Bubba Pollard, Stephen Nasse and two-time CARS Super Late Model Tour champion Matt Craig.

CARS Tour owner Jack McNelly still wanted to collaborate with Southern Super Series director Tim Bryant following the dissolution of the CARS Super Late Model Tour, with both agreeing that a doubleheader featuring Pro Late Models and Super Late Models would be the best way to continue the relationship between the two divisions.

“[Tim] wanted to run in this area, especially since we don’t have Supers here,” McNelly said. “We just decided that I would bring the Pros and he would bring the Supers to put together a great show for the fans that they normally don’t get to see all the time.”

McNelly cherishes every single opportunity to coordinate with Bryant and the Southern Super Series on holding big events.

The two co-sanctioned three different events in 2021 alone at Tri-County, Greenville-Pickens Speedway and Nashville Fairgrounds Speedway; the latter of which was also a combination race with the ARCA CRA Super Series.

With numerous changes enveloping the short track industry over the past several years, McNelly said that it is imperative for different organizations to cooperate with one another and fully intends to maintain his relationships with the Southern Super Series and CRA to ensure that each series thrives during the 2020s.

“Many of these sanctioning bodies don’t really get along quite frankly,” McNelly said. “I’ve never had that problem with Tim, and it’s been the same with the CRA. Any time we can work together to put on a bigger show for fans, it’s always good for short track racing.”

Keeley Dubensky, who is the director of operations for the CARS Tour, echoed McNelly’s sentiments about the importance of working together in the short track industry and is eagerly looking forward to welcoming the Southern Super Series and many former CARS Super Late Model Tour regulars back at Tri-County.

“Partnering with the Southern Super Series always creates an exciting event,” Dubensky said. “Tim Bryant, Nicholas [Rogers] and everyone else in the organization are great to work with. The best part of partnering with them is knowing we’re working with a series that mimics our mindset in terms of working together to grow the short track racing community.”

McNelly and Dubensky are also thankful to have Tom and T.J. Keen of Keen Parts to sponsor the upcoming doubleheader for the CARS Tour and Southern Super Series at Tri-County along with former NASCAR Cup Series team owner Archie St. Hilaire, who remains close with the Keen family.

For the 2022 season, both the Keens and St. Hilaire were determined to sponsor as many short track events as possible throughout the United States, with St. Hilaire adding that it made sense for their initiative to include the doubleheader between two prospering divisions in the CARS Pro Late Model Tour and Southern Super Series

“T.J. and I really wanted to help grassroots racing in 2022,” St. Hilaire said. “We are very excited to sponsor this event [at Tri-County] with the CARS Tour and the Southern Super Series.”

McNelly has always considered St. Hilaire and the Keens to be class acts in every interaction he has had with them and hopes that the Keen Parts 200 at Tri-County will be the start of another successful partnership like the one he already has with the Southern Super Series.

While the Keen Parts 200 will be slightly different than other collaborations with the Southern Super Series for McNelly, he has every reason to believe the event will be another proper showcase as to what sanctioning bodies can accomplish when they coalesce to achieve the same goal.

“This is nothing new for us,” McNelly said. “Every time we’ve done this, it’s been met with a certain amount of success. The car counts have been good, which naturally happens when you bring sanctioning bodies together. We’re all just trying to put on the best racing for fans and keep the short track industry alive.”

The CARS Pro Late Model Tour will take the green flag at Tri-County first in the Keen Parts 200 on Jun. 25, with the Southern Super Series feature concluding an eventful evening of on-track action.